author of beacon and CATALYST, a vampire saga.

November Ellison has been a troublemaker since she was born.

Prior to the publication of her breakout novel, Beacon, and its sequel, Catalyst, her last published work of fiction was a play. Although released in 1994, it is still in production in numerous colleges and universities. Her works always center on love, honor, redemption, and morality.

BEACON is the first in the Jo Benally series, creating a dark fantasy world where our female protagonist, Pastor Jo Benally, finds herself confronted by evil in many forms. From vengeful vampires to backstabbing colleagues, Jo fights danger at every turn. This thriller book even has Jo questioning God as she finds herself falling in love with a vampire who believes he is Cain.

CATALYST picks up where BEACON ends, as Jo takes a new journey to Virginia to protect innocent children from sadistic vampires. The humans that allow her to travel have ulterior motives and Jo is adrift in a sea of danger without protectors. Shadows from her past like RAND and Ethan haunt her. How can she save a child when she isn't sure she can save herself?
​
Additionally, Ellison is a loyal NanoWriMo participant, a ball gown collector, and a corporate executive by day who escapes from the 9 to 5 drudge of corporate life and motherhood by exploring alternative realities, such as time travel, conspiracy theories, vampires, and the after life. As a result, Ellison has completed a handful of science-fiction/romance novels that she hopes to one day publish. 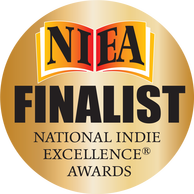